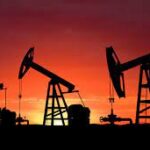 Amid the ongoing economic chaos around the world, the People of Somalia elected their President, Hassan Sheikh Mohamud, after a long-drawn election process that was delayed for over a year. Power was immediately transferred in early June 2022. Consequently, since the Petroleum Law was approved by the parliament, there was little progress in the Somali oil and gas industry during this period of uncertainty due to many enduring factors, for example, the lack of ministerial leadership and mismanagement; the absence of Somali industry experts on the decision making tables; poor decision making due to lack of expert knowledge; hiring foreigners to draft the Somali legal documentation, without proper scrutiny or supervision; and overall political instability throughout the country between the Federal Member States (FMSs) and the Central Government. Having said that, Somalia is one of the few frontier oil and gas exploration territories that still exist. Somalia’s offshore waters potentially hold at least 30 billion barrels of crude according to Spectrum Geo, a company that performed a seismic assessment of Somalia’s offshore basins in 2014-2015. Due to its large, potential offshore basin and other elements within the oil and gas industry with the right advanced offshore exploration and production technologies, Somalia is well-positioned to benefit from the current increase in oil prices. However, it would need to consider reviewing its legal documentation and create the right regulatory frameworks throughout the sector; to further review the most recent Profit Sharing Agreement (PSA) alongside the Revenue Sharing Agreement, and other issues within the industry including the separation of functions, and building the oil and gas industry structure such as creating Somali National Oil Company. 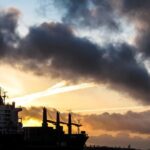 Validation of the PSAs to Coastline Exploration 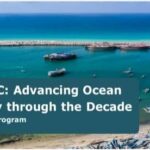 The role of ocean science in sustainable development will be determined by how humans interact with oceans. It is crucial to understand the players, their cultures, and their well-being and how power dynamics and decision making processes affect our oceans if we are to achieve the UN Decade's goals. The Decade's goal of "leaving no one behind" will require developing strategies, governance structures, and enabling conditions to increase equity in ocean science.  The Somali Blue Economy Center program will conduct studies, develop concepts, facilitate critical discussions and assemble capacity-building partnerships to advance fair and equitable blue economy strategies in the Decade. SONRREC will: Duration: 7/1/2021 - 12/30/2029 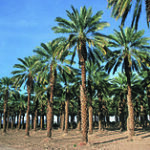 Somali natural resources research center focuses on the plantation of multipurpose trees in different geographical areas in Somalia. For example, in red sea zones, SONRREC planned plantation of Date palm due to acquiring optimum climate requirements and resistance to low annual precipitations; these fruits are rich in essential nutrients, vitamins and fiber that provide multiple health benefits for the human body and mind, There are more than 600 varieties of dates with different shapes and flavors, but the Ajwa date variety is planned to be cultivated in north east Somalia also SONRREC intended Coconut cultivation both Indian ocean and red sea shore, where Cashew nut is proposed growing in mega towns and rural areas. Over the past three decades, most rural areas faced deforestation and land degradation; SONRREC started establishing programs including indigenous plants prepared in nurseries and transplanted in rangeland zones to enhance biodiversity and save dangerous species. SONRREC    is working to achieve SDGs Goal 15: Protect, restore and promote sustainable use of terrestrial ecosystems, sustainably manage forests, combat desertification, and halt and reverse land degradation and halt biodiversity loss. 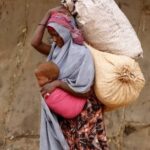 THE IMPACT OF INTERNAL DISPLACEMENT ON CROP PRODUCTION IN SOUTH WEST STATE, SOMALIA 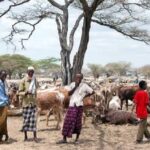 SOCIO-ECONOMIC IMPACT OF BRUCELLOS IN CATTLE AT BANADIR REGION, SOMALIA

Abstract: Brucellosis is a highly contagious zoonotic and devastating disease that affects households‟ potential to improve their well-being through trade in livestock and livestock commodities. Despite the disease being endemic in Somalia, there is inadequate information, on its socio-economic impact. Therefore, a cross-sectional study was conducted in Banadir region, Somalia to determine the impact of brucellosis on socio-economic wellbeing of cattle farmers at household and livestock exporters. The specific objectives of the study were to investigate the Socio economic impact of Brucellosis at households; and to identify their impacts on livestock exporters. Structured questionnaires and key informant interviews were used to collect both quantitative and qualitative data in this research. The study population is comprised of households, livestock exporters, and the estimated target population was 40 people. Therefore the sample of the study was 40 respondents drawn from the estimated target population. The data are code and analyses by using Statistical Package for Social Sciences (SPSS) computer software Version 22.0. All costs and monetary losses were in households was due to abortions accounting for 32,400,000 Sh.SO equivalents to USD 1,350. Animals were exposed to. Losses due to discarded milk from infected herds at household level (3,360,000equivalent to USD 140). Similar results have been reported in Sudan by Angara et al. (2016) who estimated the quantity of milk lost due to brucellosis to be Sudanese Pounds (SDG) 30,302,212.2 (Equivalent to USD 6,587.4). This study has established that brucellosis is an important livestock production constraint that results in farmers losing a significant amount of income due to losses and costs attributed to the disease such as abortions, milk loss, and costs of vaccination, livestock mortality and trade barrier. Dr: Abdullahi Mohamed Hussein (Gaduudow)   Key words: Brucella, cattle, Mogadishu-Somalia 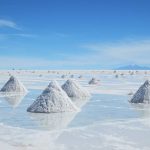 An overview of the mineral potential of Somalia

Abstract The mining sector of Somalia is still in its infancy stage with activity being predominantly artisanal in nature. However, Somalia has significant potential, and large proportions of its landmass have yet to be explored. Although mining activities in Somalia are minimal, the known mineral targets constitute less than 20%. The country has never had an overall geological and mineralogical survey. Past reconnaissance and exploration efforts were erratic; something here and something there and unfortunately that meagre data (though old) generated was lost during the civil war. The known mineral targets can be classified in these five main categories: Mining for precious and semi-precious minerals: Only artisanal miners are involved in this activity in their search for gold, diamond, platinum, and gemstones such as emerald, ruby, sapphire, tourmaline, and meteorites. Industrial mineral targets include phosphates, kaolin, bentonite, potash, lithium brines, sepiolite, talc, iguana, pegmatites, and quartz. Target ores: Iron (Fe), Copper (Cu), Zinc (Zn), rutile for Titanium, tin (Sb), gold (Au), and silver (Ag) Target energy minerals: These include uranium, lignite, coal, and hydrocarbons - oil and gas Mining for building materials and ornamental stones: Granite, limestone, marble, kaolin, and lime production Author(s): Abdulkadir Abiikar Hussein August 15, 2018 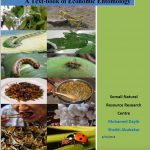 A Textbook of Economic Entomology

Entomology is a branch of biology that deals with studying insects. It may divide into four main branches such as Agricultural entomology, medical entomology, industrial entomology, and forensic entomology. Agricultural entomology concerns the study of harmful and beneficial insects that affect agriculture products both in the field or storage e.g., Desert locust, Somali Blister beetle, and Aphids, while medical entomology gives attention to insects that affect human and animal health directly or indirectly as a pathogen vector for example Mosquitoes, Tsetse fly, Sandfly and lice. Industrial entomology elucidates insects that use for a genetic purpose like the fruit fly Drosophila whereas forensic entomology explains the use of the insects that inhabit decomposing dead bodies to aid legal investigations. Insects also probably have the biggest biomass of terrestrial animals because they are the most diverse group of organisms. 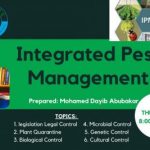 In the last three decades, Somalia faced improper management of importing confessional pesticides, the consequence of that leaded many pesticides which banned internationally to enter the country, and then primary pests became resistant moreover a large number of farmworkers suffering from the side effect of synthetic pesticides due to improper use of pesticides. The general objectives of the training were the capacity building of Integrated Pest Management by practicing elements of IPM such as; Biological control, Cultural control, Legislation, plant quarantine, and genetic control. Ten hours for five days training workshop on capacity building for different students from seven universities were done in Mogadishu. The training was conducted by the Somali Natural resources Research Center SONRREC, and the numbers of participants were 45 students. The results revealed that trainees get sufficient knowledge that integrated pest management is significant for sustainable agricultural development. 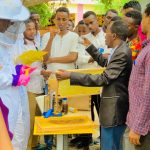 Beekeeping is the core of agricultural development in Somalia, as it makes significant contributions to the National Income and Gross Domestic Product GDP of the country in form of improved crop production and export of bee products. In Somalia, the presence of a bee colony can enhance agricultural production in terms of pollinating fruit and vegetable production. Beehive products, especially honey attract the best prices making it a valuable commodity for income. The honeybee produces more than just the production of honey, but there are other substances that bee colonies produce naturally, such as propolis, beeswax, pollen grain, and royal jelly. These products are very much required in Somalia, but the demand is not always fulfilled by local supply. Recently beekeeping companies are considerably increasing in Somalia, while traditional beehives are decreasing when compared to modern beehives specially Langstroth and ten frame beehives.   Author: Mohamed Dayib Abubakar 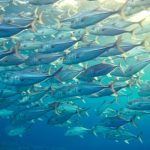 The socio-economic impact of fishing on food security in Mogadishu

Abstract In Somalia, Fishing is a highly profitable venture throughout the world; the tuna industry alone is worth $6 billion globally. Surveys of fishing in Somalia show that there are significant fish stocks off the coast of Somalia, and it is considered to be some of the richest fishing grounds in the region. The specific objectives of this study are to inspect the Tools and Equipment used for fishing in Mogadishu and find out the skills involved in fishing in Mogadishu and also to shed light on the productivity impact of fishing on food security in the capital of Somalia Mogadishu. The research employed a survey research approach through a descriptive study. It was also based on a quantitative approach while the primary data of this study was collected through a questionnaire. The research population was the fisherpersons in Mogadishu and the estimated target population was 90 people. A sample size of 74 respondents was selected by using Slovene’s formula. The main findings of this study showed that 100 % of the respondents were male. This is due to the Somali culture that males are doing fishing than women. Fishers in Mogadishu are using nets for fishing. According to the boats, fishers in Mogadishu most of the respondents selected Modern boats 94.6% while 5.4% selected traditional boats. In respect of methods for preservation, freezing is mostly used by fishers in Mogadishu furthermore most respondents are selected freezing in a block of ice as a tool for storing fishes. Fishers in Mogadishu 95% have not gotten training about fishing they still use their traditional ways. Whereas 2.7% get training from the government and 1.4% get it from the private sector while 5.4% get it from other sectors. Also, all of the respondents agreed for there are high profitable ventures through fishing in Somalia and it may contribute to a reduction of poverty through the generation of revenues. Authors: Hassan Nor Osman, Mohamed Dayib, Musab, A.I., Yusuf, A, A., Abdullah, M.H, & Mohame d, O.A 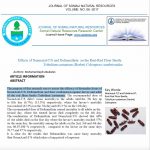 Abstract The purpose of this research was to assess the efficacy of dissimilar doses of NeemAzal-T/S, Deltamethrin and their combination against larvae and adults of the red flour beetle Tribolium castaneum. Author: Mohamed Dayib Abubakar 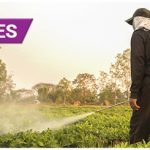 Effect of Pesticides on the Agro Ecosystem in Somalia

Pesticides are used massively for many decades due to enhance the productivity of crops for human and livestock survival. Although pesticides have an immediate effect on insect pests, it also reduces environmental biodiversity by causing an acute decline of bee colonies, natural enemies, pollinators, soil microorganisms, aquatic animals, birds, and wild animals. An average of about 200,000 people die from the toxic exposure of pesticides per year across the world, a United Nations report.